The choice of the movie is yours!

Below please find a list of 3 recommended movies (+ links to the trailers) for you to choose from - the one that will get most of your votes will be the movie for me to watch .
·         The Social Network:
The Social Network Movie explores the moment at which Facebook was invented - through the warring perspectives of the super-smart young men who each claimed to be there at its inception. Social Network Movie moves from the halls of Harvard to the cubicles of Palo Alto to capture the heady early days of a culture-changing phenomenon in the making — and the way it both pulled a group of young revolutionaries together and then split them apart. In the midst of the chaos are Mark Zuckerberg (Jesse Eisenberg), the brilliant Harvard student who conceived a website; Eduardo Saverin (Andrew Garfield), once Zuckerberg’s close friend, who provided the seed money for the fledgling company; Napster founder Sean Parker (Justin Timberlake) who brought Facebook to Silicon Valley’s venture capitalists; and the Winklevoss twins (Armie Hammer and Josh Pence), the Harvard classmates who asserted that Zuckerberg stole their idea and then sued him for ownership of it. Each has his own narrative, his own version of the Facebook story in this multi-level portrait of 21st Century success – both the youthful fantasy of it and its finite realities as well.
·         The Next Three Days:
The Next Three Days centers on John (Russell Crowe) and Lara Brennan (Elizabeth Banks) and his undeniable quest for her freedom. After having an argument with her employer, Lara is arrested the day after her boss’s dead body is found in a parking lot. All of the evidence points to her as the killer and she’s sentenced to serve some serious time in prison. Her husband John feels as if the system has given up on finding the real murderer so he decides to take matters into his own hands. After extensive research, interviews, and hours of strategizing, John sets out to do the unthinkable - break his wife out of prison.
·         Life as you know it:
Holly and Eric were set up on a blind date by their friends, Peter and Allison who are married. A few years later after Peter and Allison were killed in an accident, they learn that Peter and Allison have named them as the guardians to their daughter, Sophie. So they move into their house and try their best to honor their friends' wishes. But raising a child puts a crimp on their style and they don't exactly get along.
Posted by Unknown at 1:56 AM No comments:

So you can be one of those:

more info
Posted by Unknown at 2:14 AM No comments:


its so nice to see all the guys from Take That back together!!!

Happy Rosh Ha shana everybody, have a great year, year full of positive energys and without all the bulls@# !!! 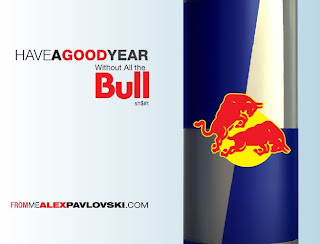 GoSee: I Love You Phillip Morris

Fun drama comedy, which tells story about no ordinary gay couple.
My favorite quote from the movie: Being gay is expensive!


I am giving it 4 stars by Alex Pavlovski !

The story begins with Russell, played by Jim Carrey, on his deathbed recalling the events of his life that led him there. He begins with his life in Virginia Beach as a happily married police officer who plays the organ at church, has sex every night with his wife (Leslie Mann) and spends his off hours searching for his biological mother who gave him up as a child. But after a violent car crash, Russell leaves his life and family behind to go out into the world and be his true self, which is a gay man. He moves to Miami, finds a boyfriend (Rodrigo Santoro he is hot, hot, hot!!!) and begins living a luxurious gay lifestyle. He realizes quickly though, that a life of luxury is expensive, leading this resourceful former cop to turn to a life as a conman. But when his con work finally catches up with him, Russell is sent to prison where he meets, and almost instantly falls in love with Phillip Morris (Ewan McGregor). From there it becomes a story of a forlorn lover who cannot bear to be separated from his soul-mate. He will go to any lengths to be with Phillip, including but not limited to walking out of jail pretending to be a doctor, after stealing a badge and painting his clothing, ordering his release pretending to be a judge, impersonating Morris's lawyer and fraudulently becoming the CFO of a major corporation. He also simulates suffering from AIDS, and forges records to indicate that he died from it.

Posted by Unknown at 1:57 AM No comments:

So Hot in Israel right now

The heat waves that were here in April/March looks now like a promo for what is happening right now at the streets of tel aviv
Posted by Unknown at 5:52 AM No comments:

Great movie, with a great retro design!
The story is quite obvious from a first moment you see it... but still sometimes it is just fun to sit down and enjoy unsophisticated movie.

Plot:
Zinos owns a restaurant providing simple food, he has hard time to pay his bills in time and  His girlfriend Nadine works as a journalist and leaving him to work in Shanghai.  His brother Illias, not a hunk but truly heart breaker needs a job to extend his special leave from prison. He suffers from a slipped disc and can not afford treatment because he has no medical insurance. He hires fiery chef Shayn who brings dramatic changes to the restaurant. More stress is caused by Neumann who tries to buy the restaurant for a new property development.

I am giving it 5 stars by Alex Pavlovski !

Meet Yehuda, he is an artist that Specializes in architecture, interior design and art. His passion for art has brought him to do Wire Drawing.

His works are presented at the top galleries and also in some high class residents. I am posting here some of his works but you can see a lot more at his fan page in facebook and also in his website
here is some of his art works:

Posted by Unknown at 2:06 AM No comments:

Here is a greating card i designed for itamar's birthday inspired by Madonna's L&F because itamar is a big madge fan.So let me know what you think ...and Itamar, Wish you all the best man!
xoxo Alex

Posted by Unknown at 6:16 AM No comments:

search me all over